skip to main | skip to sidebar

I have gone very quiet on the blog lately. There are a variety of factors playing into that bit but it mainly stems from having a very active toddler (a full-fledged two year old!), a spouse who seems to spend most of his time on airplanes these days, no family support here, my desire to attempt to continue a career outside the house which requires a terrible commute, and general life obligations and house upkeep that seem to keep me busier than I could have ever imagined right now.

Most days I feel flat out by the time I put Crosby to bed so unfortunately the blog (among quite a few other things) have fallen out of daily or weekly activities for the moment. I hope this lapse in posting, just like my toddler's constant need of "mummy, mommy, mama, mommy," and her ever-so-repeated-and-demanding-but-others-tell-me-is-endearing-whining is short lived and will some day be a forgotten lapse because in the grand scheme of life it is a rather small time frame. One can hope.

Today, however, I received an email from a work acquaintance that made me chuckle at life abroad here that I just had to pull myself together tonight to post the happening!

Last week, I thought I might die. Not literally, but I got sick and I can't remember being that poorly in a long time. I got very sick very quickly and it seemed to come out of nowhere. My parents were due to arrive for a long weekend visit so timing could not have been worse. Two days prior to their arrival, I woke up and showered for work and couldn't make it past my bedroom door, I felt so miserable. A sudden raging fever hit me along with a chesty cough and aches and pains I can't remember even during childbirth. I crawled back into bed and attempted to phone in for a conference call meeting because I couldn't fathom the idea of driving to work, let alone sitting in a meeting room with others. And then that night the sickness seemed to get worse, with my fever reaching 104 degrees F (40 degrees C) and the other symptoms multiplying. I was miserable.

Thankfully Scott was in town and he tended to Crosby, proving to be Super Dad, getting her dressed and taking her to nursery or getting things ready for the nanny to arrive at the house, along with re-routing my parents on their flight when they missed their connection and driving to the airport to collect them. He even managed to take some direction from me to bake a batch of bar cookies for my parents' visit. It was all a bit of a blur but two days into the illness I managed my way to the GP (doctor's office) and she said I had a chest and respiratory infection so she put me on a course of antibiotics to try to knock it out of my system.

So, my parents were here and I was feeling miserable, not even wanting to surf the web or stare at the TV, just wanted to rest in the hope of feeling better. Consequently, I have fallen behind at work. An email of some immediate attention came through to me today and when I responded I began by apologizing that I had not been in touch earlier and explained that I had been unwell.

The response was the part that really made me chuckle. Frankly at first I thought it was a joke.
The email began with: "Cassie, Thanks for the note, sorry to hear about the lurgy."

I thought that was a joke of a term that I sometimes heard Scott say but I have yet to hear it by anyone here. So, when Scott came home from work tonight I asked him if he really knew of the term or if he just used it as a joke. His response was that it was an actual term and he hears people use it here, and in fact since he has caught part of my dreaded cough, he said he has been telling people to stay out of his office because he has the dreaded lurgy.

This lead me to the world wide web for research on the term. Guess this is a British term and it is an amusing one to me! When I hear this word, it makes me think of an illness when you have a lot of phlegm, which is strange, but it's just what comes to mind, but apparently it is more general than that. According to Urban Dictionary:
Posted by Well That's a Good Scottish Name... at Tuesday, March 12, 2013

I never knew what 'cooties' were. Are they always fictitious? If you have the cooties, does it mean you're pretending to be ill?

When I first heard the word, I assumed it was 'lice'. Later I thought it meant 'germs'.

Well That's a Good Scottish Name...
From the Windy City to the English Countryside....two US Expats who have moved to the UK....We have moved due to Scott's job and are experiencing what it is like to live in a little town of Central England. 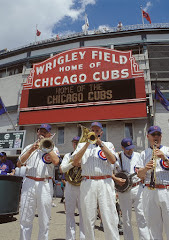 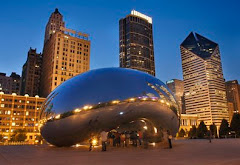